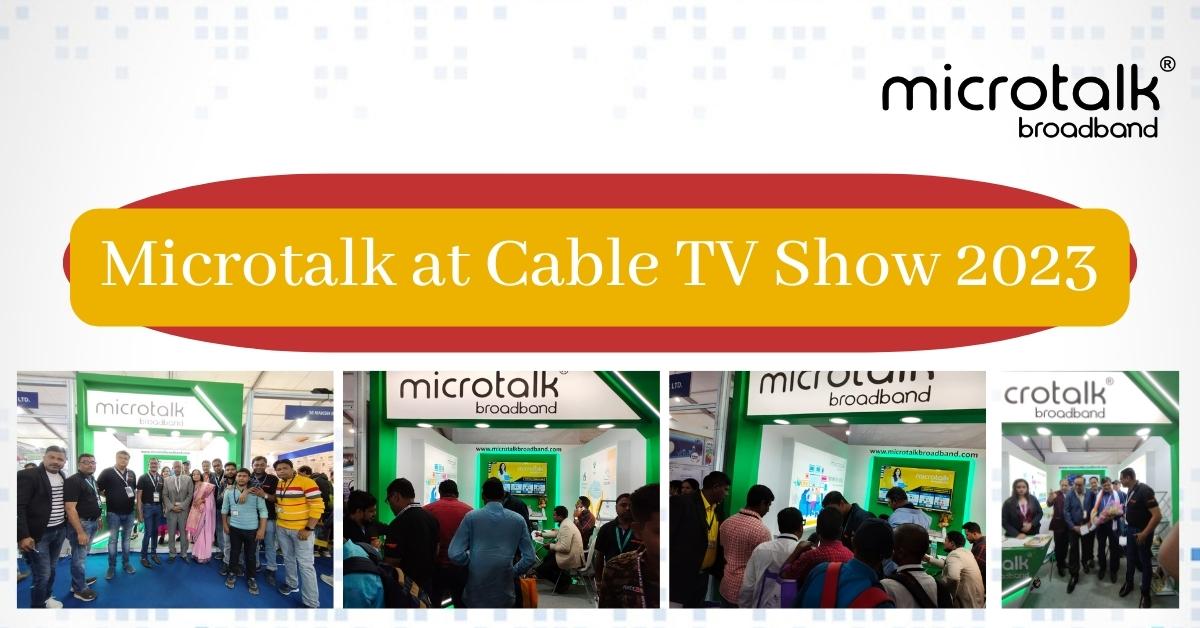 Microtalk Communications Pvt Ltd recently participated in the 24th Annual Trade Show on Digital Cable TV, Broadband & OTT organized by the Cable TV Equipment’s Traders & Manufacturers Association (CTMA) in Kolkata, India. This event was not just considered to be the largest in the SAARC regions, it was the largest event of its kind in the entire world, and it attracted over 1 million visitors from all over the globe, including professionals, key decision makers, buyers, suppliers, traders, distributors and much more.

The trade show brought together an unprecedented number of participants, including 10 Internet Service Providers (ISPs), 90 other participants including Equipment manufacturers, traders, OTT Platform Owners, and international participants from Bangladesh, Nepal, Bhutan and many other countries. Microtalk Communications, as an ISP, met with thousands of Local Cable Operators (LCOs), equipment manufacturers, and traders. The company experienced an overwhelming response from LCOs from various regions such as West Bengal, Bihar, Jharkhand, Odisha, Delhi, and Uttar Pradesh, who requested connections from Microtalk. The company also received connection requests from Bangladesh as well.

The Microtalk stall received a footfall of over 1 lakh+ visitors. The company had the opportunity to showcase its latest products and services to visitors and discuss potential business opportunities with them. The event provided Microtalk with a platform to interact with potential partners and customers, expand its market reach, and establish its brand in the industry. The company was able to establish new connections and close deals with various players in the market.

The event was not just a great success for Microtalk Communications, it was a huge milestone for the entire industry. The event provided the company with an excellent opportunity to network and interact with industry leaders and potential partners, and establish its brand in the market. The company is looking forward to participating in similar events in the future and continuing to grow its business in the cable TV, broadband, and OTT sectors.